The machine that converts carbon dioxide to stone in Iceland 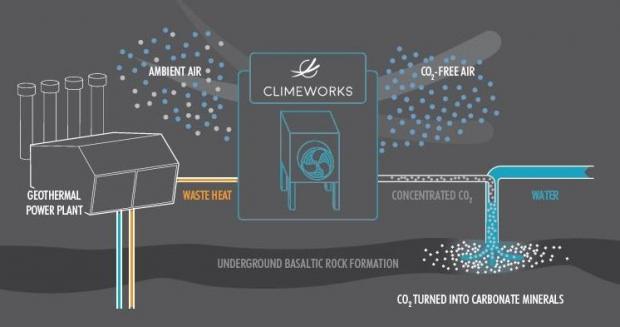 A Swiss company, Climeworks, has developed a machine that can draw carbon dioxide (CO2) out of the air and bury it deep underground.

The machine is now operational in Iceland, where it is already pulling CO2 out of the atmosphere and thereby helping in the fight against climate change—albeit on a small scale.